We were lucky yesterday getting a cosy night in a hotel. In the morning we had to make a decision to carry on

This was the foot bridge crossing the carriageway 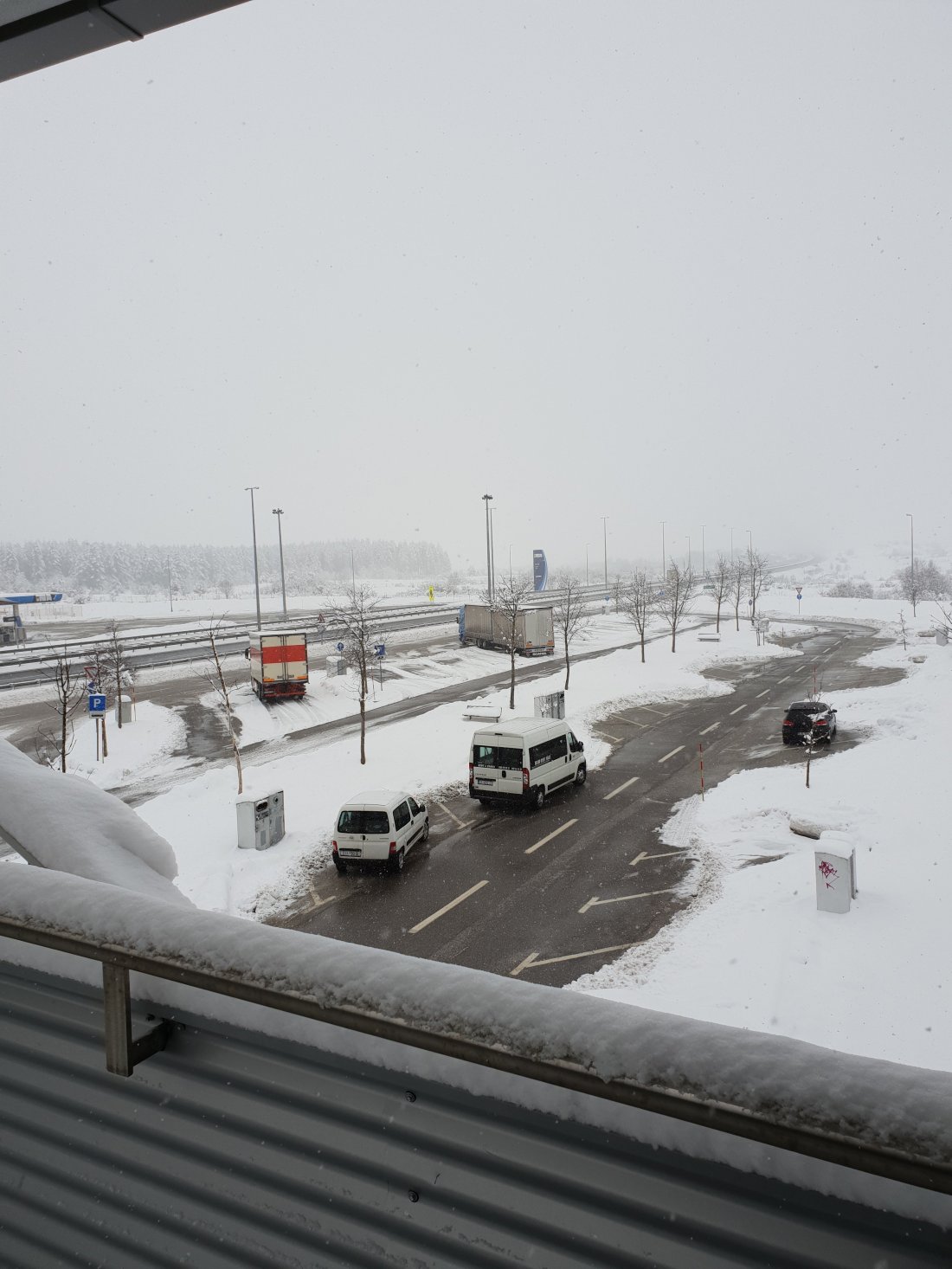 This was the main road. My biggest fear was no winter tyres but after speaking to a few locals decided I could give it a go on the main roads.

I was pleased to see minus 4.9, too cold for snow!

The gritters were out too. 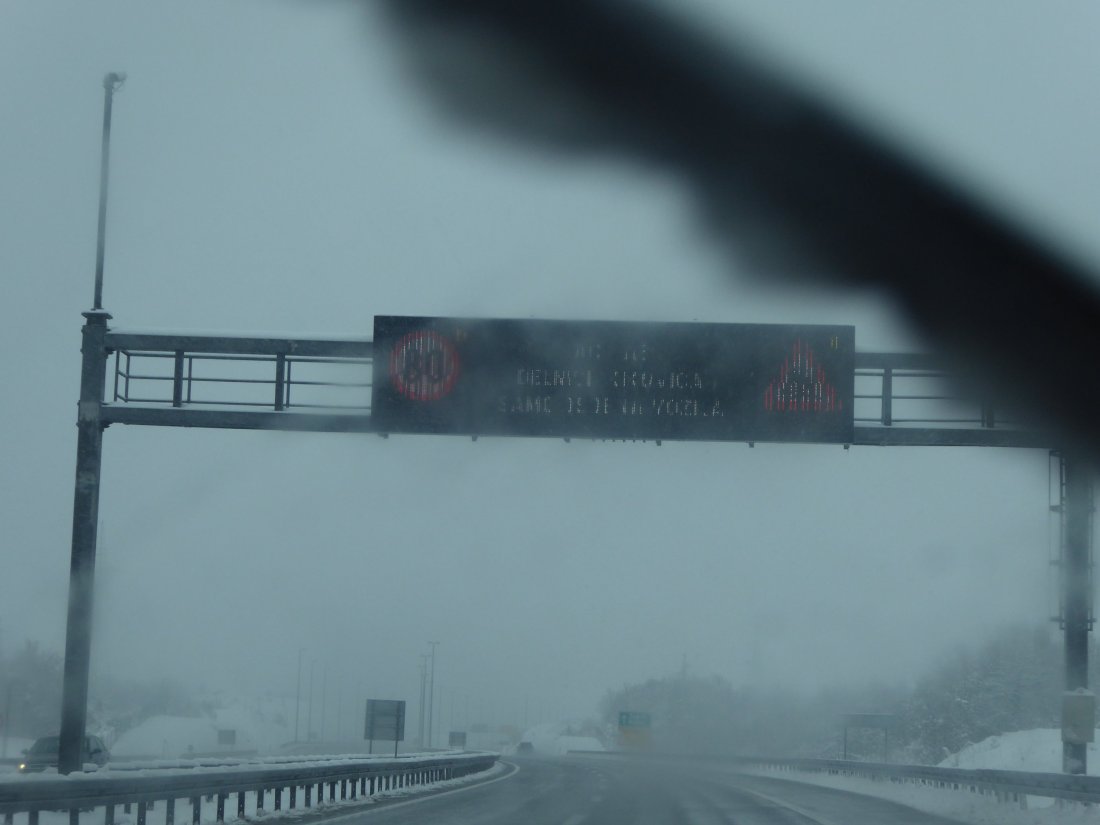 So we had about 140 kms to drive in poor conditions. We were going to Zagreb but as I went there on the way down decided to turn left and head for Venice. Neither Leila or me have been there before! 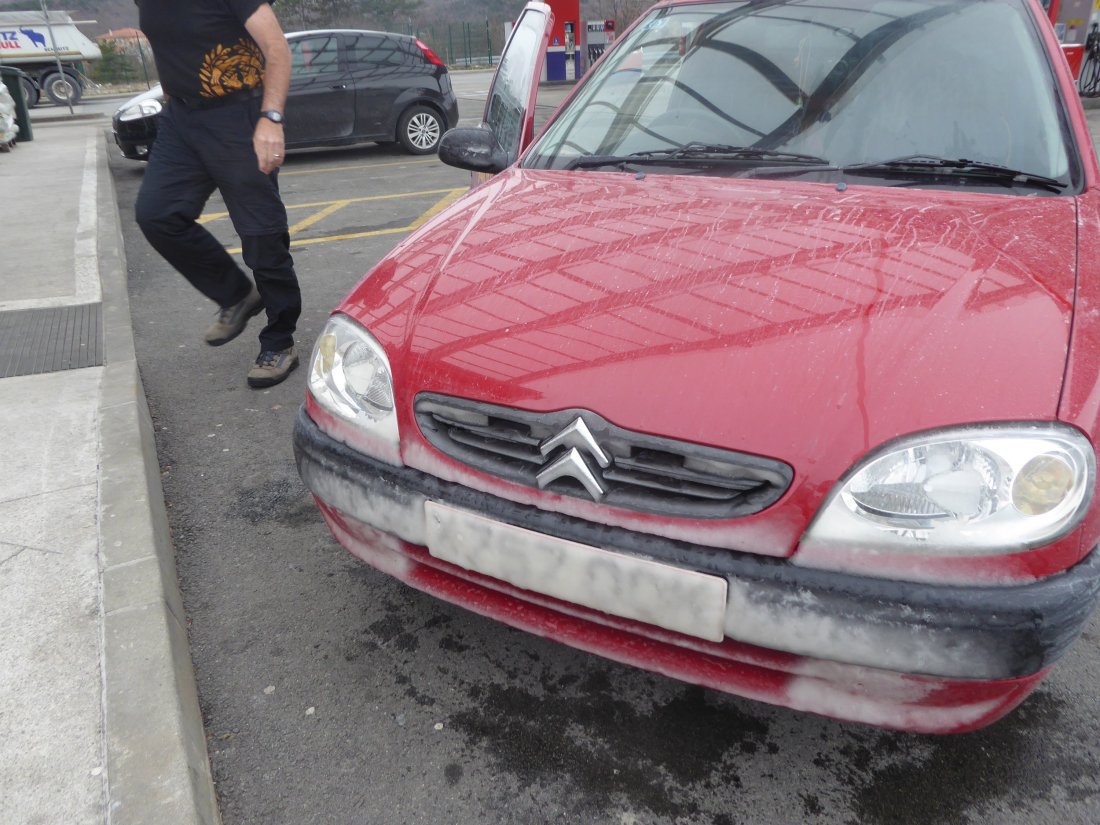 This is the front of the car when we got into Italy. Number plate and skirt completely frozen over! 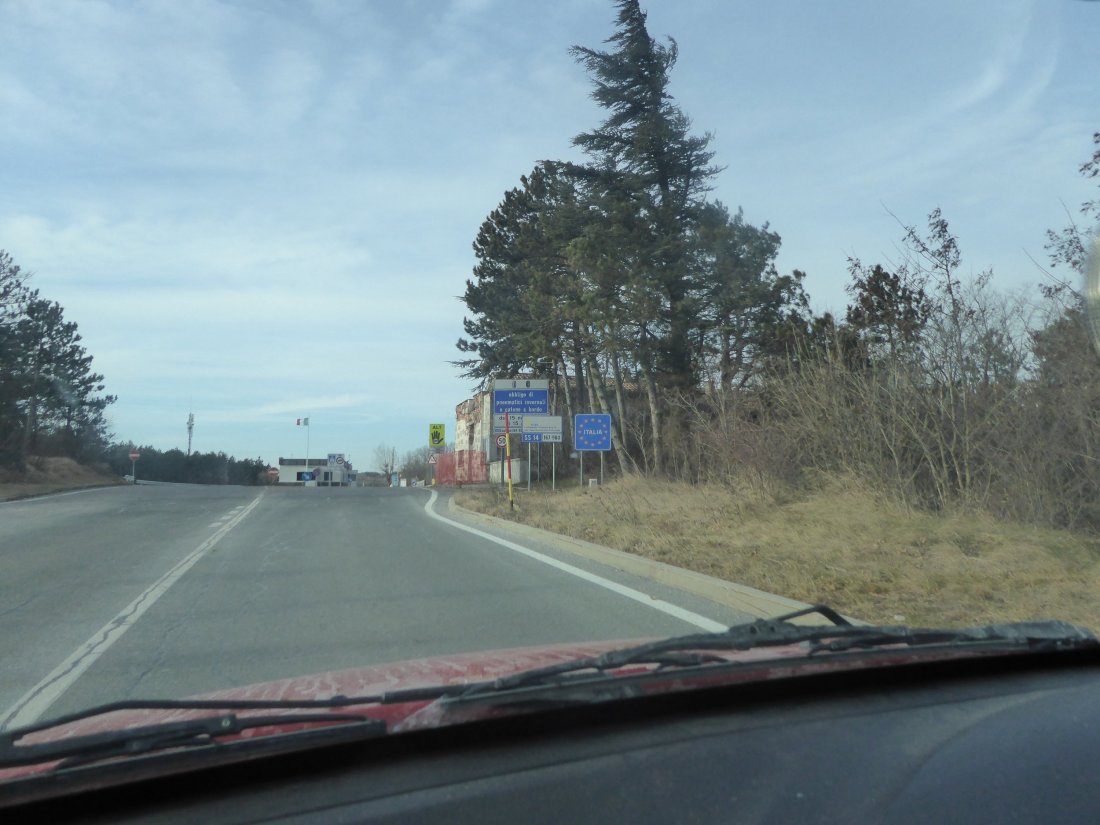 Was were in Slovenia for about 30 minutes!! Longer than Bosnia. I’m realising that I’m a T shirt and shorts or kilt guy. It’s much more comfortable😎

The Slovenian/Italian border was one hut but with an Italian flag and no one at home, so drove straight through to Venice. Busy busy motorway with so many lorries from all over the EU and Turkey, Belarus, Russia, Poland, Lithuania and all the Baltic countries. Makes you realise how little impact the UK really has with European countries. Lots of work being do e on the motorway so probably at least 10km of almost stationery lorries crawling along on inside lane.

It was blooming cold but still full of tourists.

Its a beautiful city, falling into disrepair all over the place though, but still unique. Battling nature is proving a challenge and really expensive.

The famous St Mark’s Basilica and Piazzo San Marco in front of it were flooded with a few inches of water when we arrived. Staging is in place about 2ft high to keep tourists out if the water. I was told high tide was the cause! It’s a massive problem for the city.

St Mark’s Basilica. The city was once the richest in Europe! 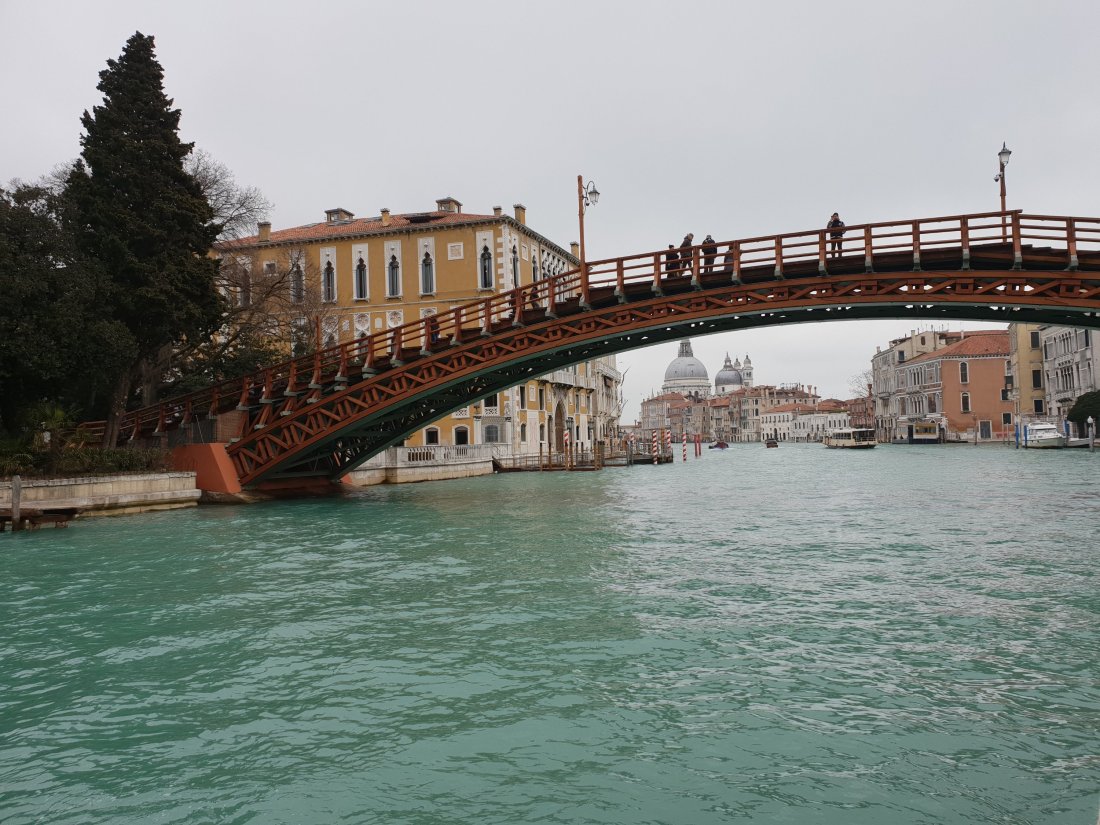 Tonight we are in Brescia, Italy and following the weather forecasts closely. I reckon we might make an alps crossing via Switzerland into France. Google maps says ok and the forecast is sunny most of the way.